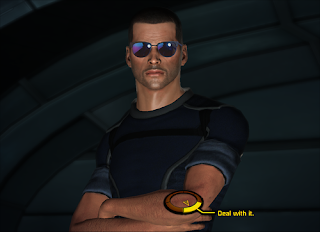 I was recently contacted by João Santos, supreme overlord of the Mass Effect D20 project & forums. He asked that I give his project a broadcast boost, so here it is.

For those unfamiliar with the term, the D20 system is the open source core rules for Dungeons & Dragons 3rd edition, so the MEd20 system builds off an established rules system and conventions and is broadly compatible with a wide number of third party expansions. 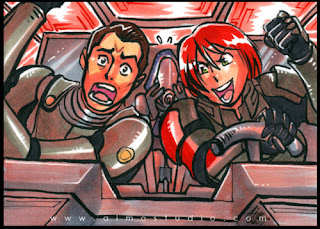 Having read the beta document, all 260 pages of it, the design team and forum playtesters have been very thorough and quite clearly have a great love of the universe. Additionally João tells me that they have a professional designer doing an improved layout on the document for future release.

So if you're either an RPG or Mass Effect fan (or both!) head on over to the Mass Effect D20 forums and have a look!

Posted by Gotthammer at Saturday, September 08, 2012