Well it is if the leaked scans are any indication - typos, mislabelled pics etc: 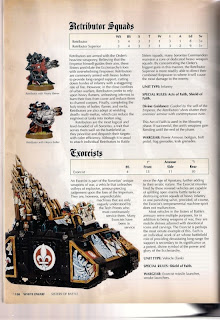 Heavy bolter? You sure about that? Don't want to phone a friend?
No pics of new models either, though an almost army wide 6++ save is nice. Inquisitorial units such as crusaders and arcos are in as Ecclesiarchical death-squads, while the Hospitilars and Dialogus are in the Cannoness' command squad. 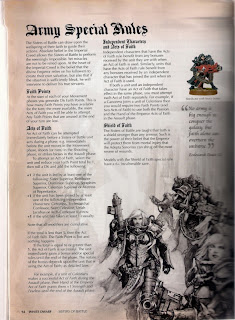 That's assuming this is a leak and not a very well done fake based on all available rumours.
Posted by Gotthammer at Sunday, July 24, 2011 No comments: