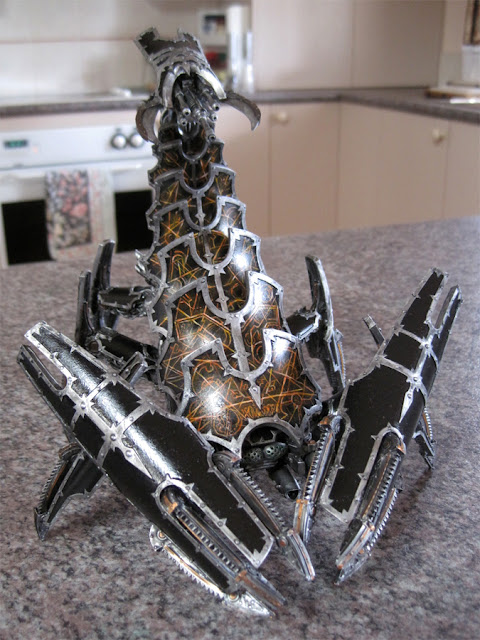 The Devourer of Hope is finished - we'll he's been finished for a while, but now is photographed as well! 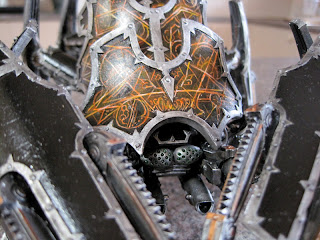 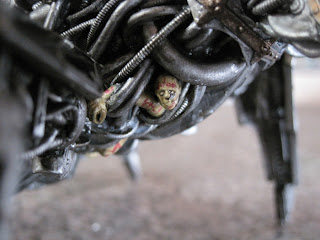 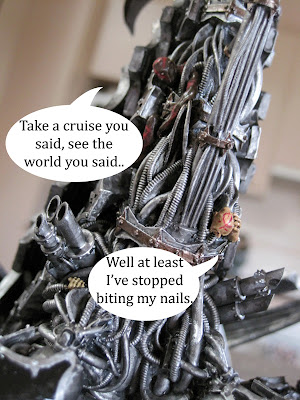 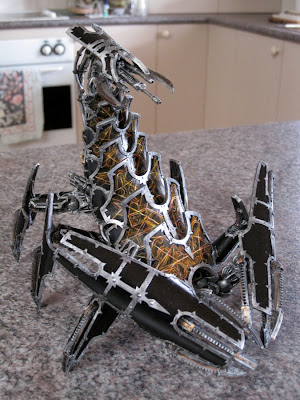 I've re-ordered my piles of skulls as the warp seems to have eaten them all too, so the Soul of Atrocity is still waiting to be constructed. However I also acquired some black spray at last, so will get to some defilery things soon.
Posted by Gotthammer at Sunday, September 15, 2013 No comments: 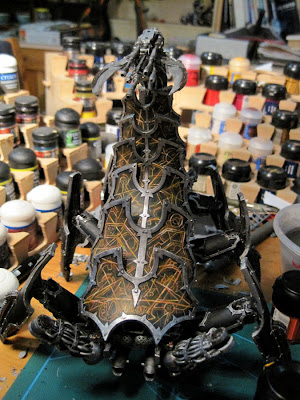 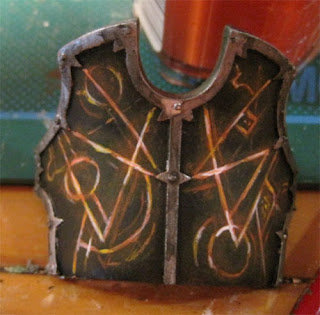 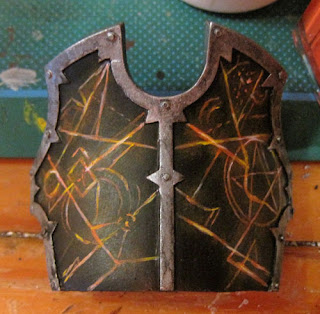 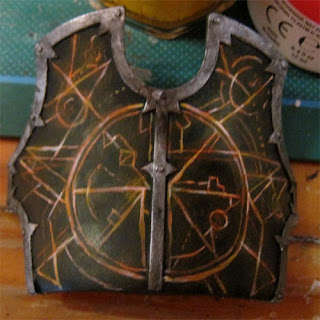 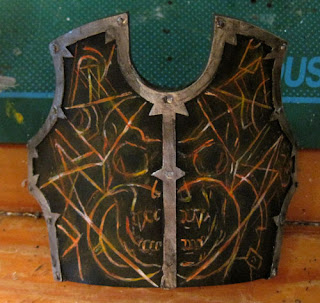 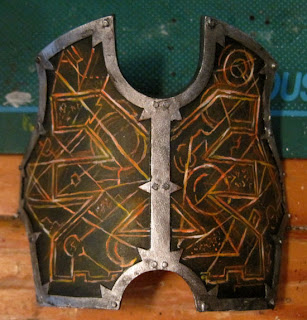 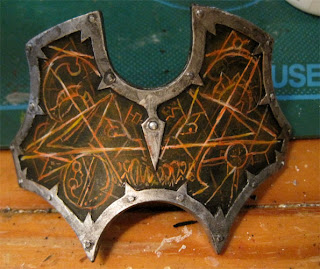 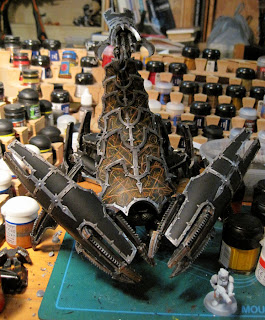 Still need to touch up the metal edging and gloss coat the panelling, but now about 80% done.

Bonus close up of his face: 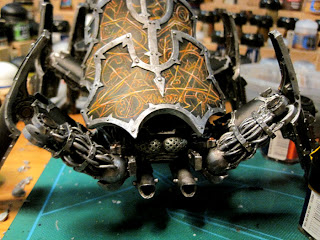 Posted by Gotthammer at Thursday, July 25, 2013 No comments:

I Have Made a Huge Mistake

What mistake is that? Well, I've decided that painting all the armour plates on my Brass Scorpion like this... 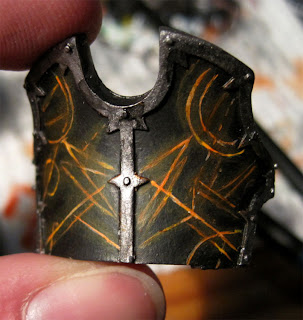 ...is a really great idea. Yeah, not my best moment.

To start with I draw the core pattern up in white: 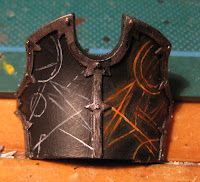 I then drybrush with orange around the lines, then retrace the lines in yellow and white: 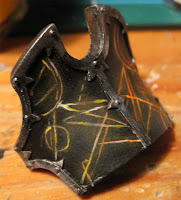 After that I give the area a light wash with orange ink, then retrace the lines again in orange as well as adding a few lines in orange only. This plate is the smallest and took a little over an hour, but how bad can it be? 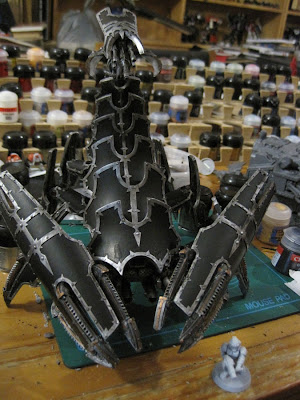 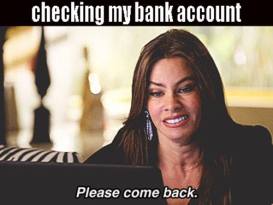 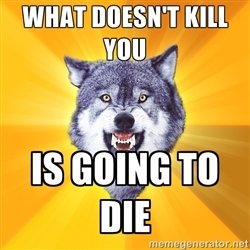 
So that's my thoughts on the first pass of the book. Not necessarily accurate, not necessarily final, but certainly there. Or here. Or whatever.
Posted by Gotthammer at Wednesday, July 17, 2013 No comments: