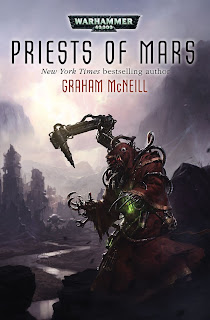 Having just finished (New York Times bestselling author) Graham McNiell's latest Black Library offering Priests of Mars, I felt I should offer up my thoughts on the book.

It tells the tale of a nominally Adeptus Mechanicus expedition into uncharted space to find a long lost explorator fleet. I say nominally because not only is there the AdMech, but a Rogue Trader, some Imperial Guard, Space Marines (Black Templars) and some freshly pressed ships crew getting their slice of the pie.

So a rather motley crew. 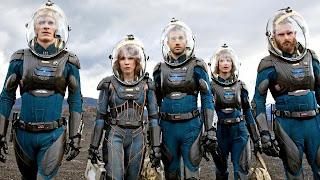 Our main characters are the aforementioned Rogue Trader, who far from being a dashing rogue presents a more thoughtful, if rebellious at times, take on that archetype. His motivations are not entirely clear and may even put him at odds with his shipmates 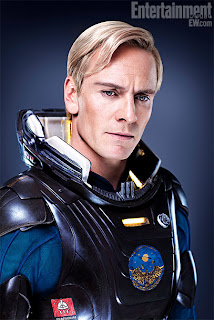 He has a card playing, womanising, smart ass Han Solo-esque sidekick of course 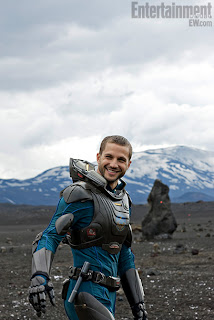 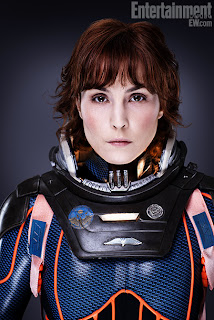 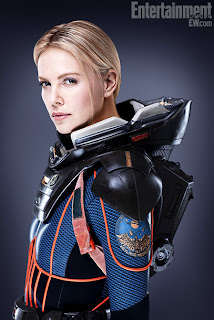 Meet a variety of crazy characters 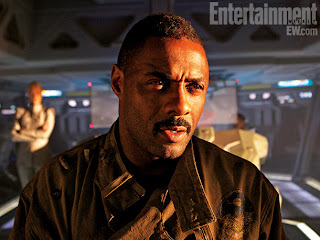 And they all have the best summer ever 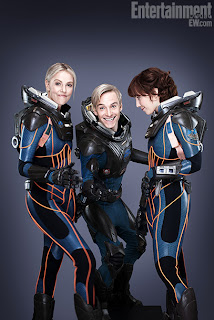 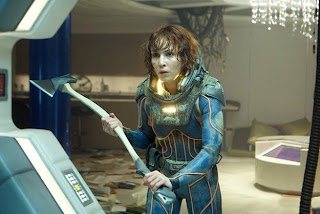 
Without getting into too much of the plot, this is the sort of book I hope to see more of from the Black Library. It is a book about the characters, rather than a book about things happening to characters. They drive almost the entire plot, from the inception of the expedition to the petty (and not so petty) power plays that form the bulk of the interaction.

My beef with some BL novels has been that they've shoehorned in combat almost as if they feel it's expected to have some explosions as, hey, it's 40k right? A Thousand Sons had that weird bit with the Psychneuein and Cain often will ahve random mooks to fight, but Priest of Mars has a few pages of fisticuffs in a duel, and a bit of combat towards the end, but the novel wouldn't be drastically thinner without it.

I like that the BL is progressing beyond the need to have combat be all we see in the 40k universe, as there are many other aspects worth exploring besides war, and what better way than a good novel? I think that A Thousand Sons, Mechanicum and Outcast Dead have been some of the best recieved novels (from what I've seen and heard) shows that the fanbase is prepared to accept these novels as well. 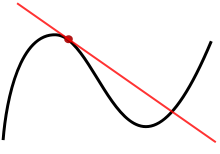 
The expedition generally goes pretty smoothly, but they may really have someone unseen pulling their strings 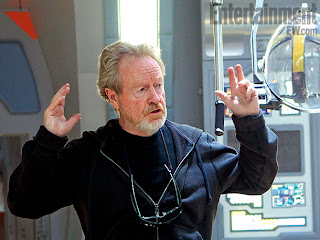 The book itself maintains a great sense of tension throughout - getting towards the end there was a very real expectation that it was all just going to go horribly pear shaped and end up with everyone dying horribly, especially when they start the actual exploratoring 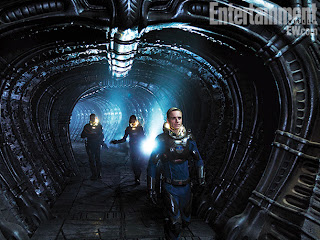 Of course I won't say what happens exactly, but the one fault of the book is that it feels like the ending is pretty strong sequel bait (or a setup for a new series even). While I wouldn't be opposed to this, and would very happily buy any continuation, I am somewhat wary.
As with Prometheus, Priests of Mars ends with just as many questions as answers. I'm not entirely opposed to this as everything, while not finalised, is settled. It is a matter of personal taste but I've been feeling very much over the tide of sequels and remakes in almost everything lately (movies are my other great love aside from books). It irritates me no end to pick up a book, look at the back and like the synopsis only to see it's book three of the whatever dodecadology, first of the whocares cycle.
I blame Isobelle Carmody for taking forever to write the rest of the Obernewtyn books, personally.

Where'd I leave that tangent picture..? Eh, doctor looking skeptical will have to do.


So anyways, Priests of Mars is a great book, and has terrific insights into not only Mechanicus society and mindset (there's a wonderful discussion of it between the Rogue Trader and the cartographer on the subject), but a few other nuggets, most notable of which is comfirmation that Sororitas (at least Hospitallers) can get married and a link to the Horus Heresy (rather spoilery, highlight between the pics to read: 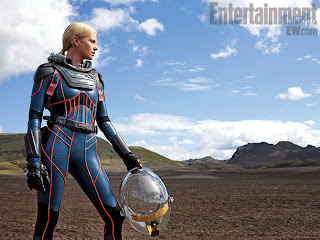 - the Kaban machine is still kicking around in some capacity 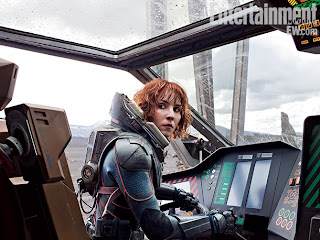 So get this book if you liked any of McNiell's recent offerings or have a hankering for the non-dakka side of the Imperium. Even if you don't get it, as it will likely change your opinion. 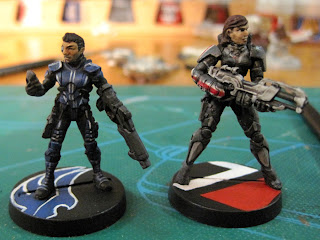 So I finally finished Kaidan and decided how to do the bases for my minis. Every character will have a logo / icon on their base relating to that character. 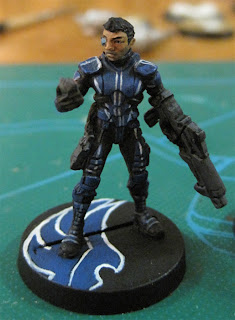 So Kaidan get the Paragon icon, being the voice of reason and goodness - for instance if you shoot him on the presidium his reasoning for not moving is that he couldn't let you at someone who couldn't defend themselves. Pretty paragon IMO. 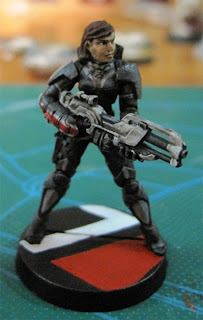 Shepard gets the N7 logo, or part thereof. I've also jazzed Shep's armour up a little, making it more game-accurate in colour scheme with some lighter grey parts and the N7 on the collar. I also repainted her gun to closer match the Mattock's colour scheme. 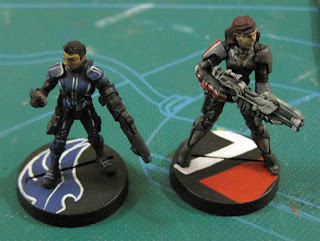 Better view of the bases.

The plan for the others are:

Ash - Alliance Navy logo
Garrus - Citadel icon
Tali - logo derived from the shape of the Quarian ships
Liara - data streams as befits the Shadow Broker
Miranda - Cerberus logo
Jacob - somehow making fun of the Priiiize
Kasumi - something relating to money
Javik - he has no need for such primitive identification. To use symbols in the Empire was punishable by death. He should throw his base out the airlock (Renegade icon).


Still got to figure something out for the Normandy:

Posted by Gotthammer at Saturday, July 14, 2012 No comments: 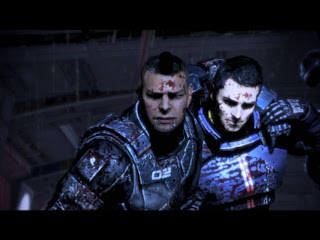 So the Extended Cut of ME3 finally came out the other week, and I have played it through a couple of times now. Personally, I enjoyed it very much and thought the team did a great job (though it is the job they should have done in the first place...). It adressed the biggest issues (for me at least) with the ending - namely lack of closure both with your crew and lack of information about what you achieved. 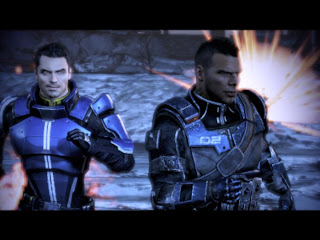 
It's by no means perfect - many people unhappy with the catalyst are annoyed it's still there, though the dialogue is significantly expanded with it, and a fourth 'refuse' option is added. I also like that if you take your LI along for the final charge you get a final goodbye: 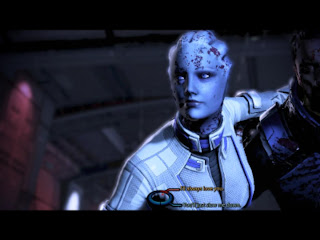 It's a little unclear but the choices are: "I'll always love you" or "You'll only slow me down".
Oh, Shep, you so bipolar.

The final existing cutscenes are expanded, explainging Joker and the Normandy's 'running away', as well as how people got back on the ship. The voice acting is as great as always, and never feels 'tacked on' - the final narrations are spot on, though I thought EDI's was a big overdone on the isn't this all amazing and wonderful front. Hackett's speach was a truely great one.
Taking different squadies gets you different dialogues. Liara's is rather heartbreaking... 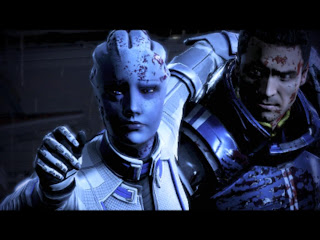 But while his lines are delivered perfectly, the animations lose some of the effect for Vega: 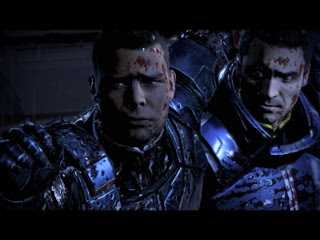 Ah well, still all good. On a more relavent note I did some painting of my ME minis - but it was actually to do some work on Shep than finishing anything new, then I got really sick, so whoops there. Should get to do some this week though.

And I'm sure this will come as a complete surprise to you all, but I made a Mass Effect vid - this time with Nightwish: