Almost done with the Hulk Terminators

I've only got the Librarian left to do now that these two are done: 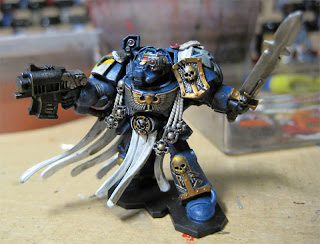 Captain Hillard "Cheif" Schliemann. Obviously added a helmet, but other than the BA symbols he has no work done to him. A pretty easy paint job, I'm pleased with how he turned out.
I had toyed with the idea of giving him a cape of many colours, but with the tassle look it's got going on it was fruity enough as is without going totally disco.
Curiously he only has one purity seal on him. 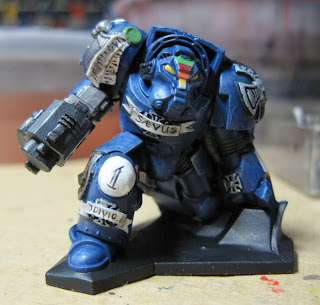 Trooper Veteran Kurt "B.M.O.C." Toivo. Nothing too spectacular to say about him really. Saevus means savage in latin. 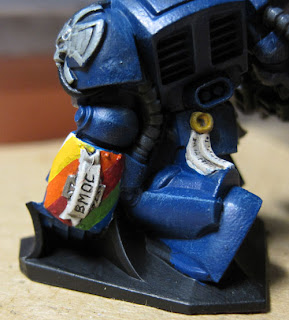 Back of his power fist. No Prize of a rambling tale of the origins of the name if anyone guesses what BMOC stands for.


Also aside from three pictures the first 33 pages of the Cradle of Despair are 100% complete!
Posted by Gotthammer at Tuesday, February 02, 2010