FTW collaborative post: From the pit of despair it came

You want bad do you Ron? Well I have dared to open the draw of forbidden and terrible (not in the onimous sense, the crap sense) miniatures and unleashed them upon the blogosphere!

Behold my creations most foul, and despair! 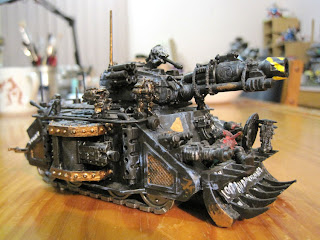 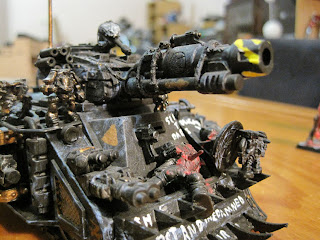 Here you can make out the scout impaled upon a toothpick, and the extra main gun (Mirage's spring loaded launcher - counts as heavy plasma gun) attached to the autocannon with string. Note the the extra bolter and heavy flamer.

The Epic dreadnoughts were used as techno-Nurgling like things. 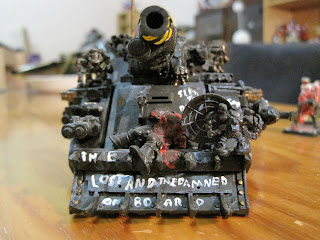 My lettering has since improved.

This belonged to my Chaos warband the Brass Sons, who were somewhat Khornate, but into the mad building and war engine side of things over the skulltaking. 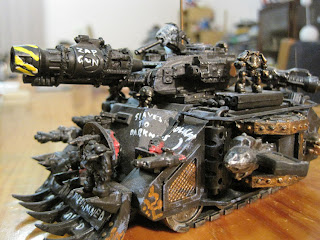 Note the other extra bolter, heavy bolter on the side of the turret, and the Space Crusade missile launcher sponson. The boxes the mini dread are standing upon are shell cases for a 1/35th Tamia Flak 88 cannon. 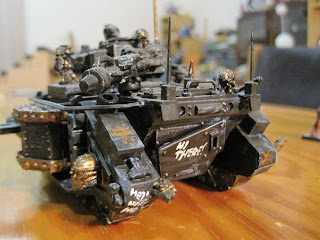 Titan head morphing out of the hull, as well as a bolt pistol to discourage any tailgaters the heavy plasma gun (from Space Crusade) doesn't remove. Extra armour plating courtesy a Rhino front hull plate. You can just make out the rear firing lasgun behind the antenna on the right of the picture. 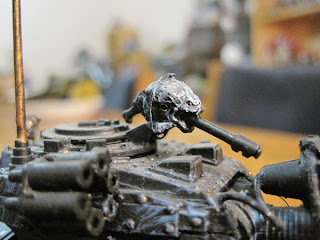 The best part of this insane thing - the lasgun through the Genestealer head on pintal mount.
The launcher in the foreground is a 1/72nd 21cm Nebelwerfer 42 cut down (counts as missile launcher).

All up this machine has:

As for bad painting I give you the Apothacary: 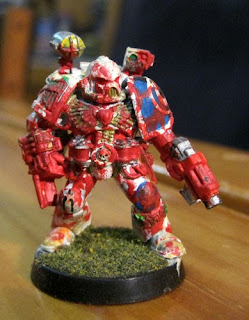 Who is he treating? 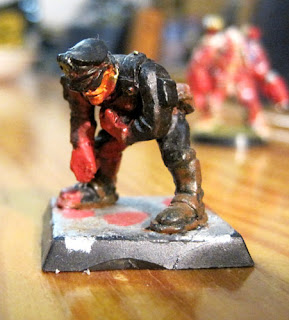 
And to finish off I give you the first model I ever painted (back in 89) next to his more recent (though incomplete) doppelganger: 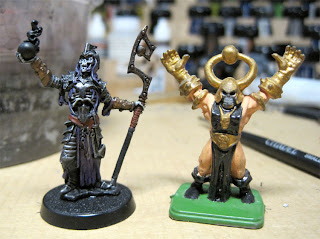