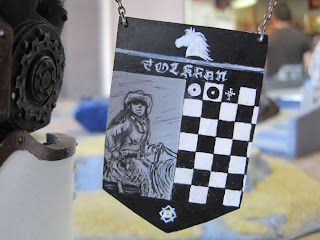 She's earned two more kills to add there to boot. The cirlces are Ork kills, stars for traitors. Eldar get triangles, and unknowns get diamonds.
The icon on the bottom is Princeps d'Orleans' rank badge. 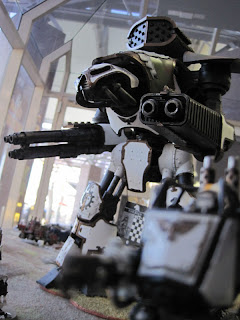 With the sentinels, which I cleverly left behind.... 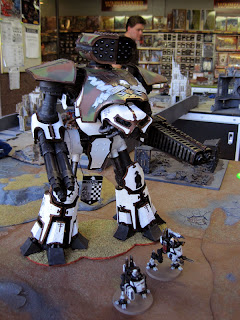 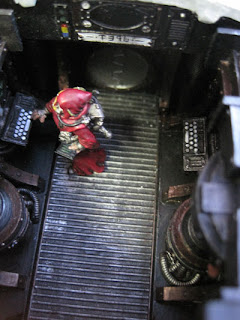 I took some better shots of the crew while I was at it and had good lighting: 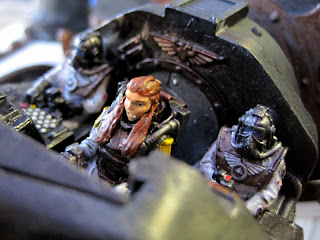 I'm considering re-doing d'Orleans' hair as I'm now much better with green stuff, though I may just 'volumise' it (did I say I was finished? whoops). Ending with a nice shot of the dashboard.
Posted by Gotthammer at Tuesday, June 22, 2010