I recently recieved my two "King's Monuments" from Monolith Icon in the mail. These two bad boys are BIG - 37cm tall to be precise - representations of the Argonath monument from The Lord of the Rings.

The sculpture is taken from the movies, rather than the books (more on that later) and is a pretty close representation, though quite a bit smaller. They are cast from stone ceramics, so a quite heavy and feel a bit dusty to the touch. The detail is very good, though not as fine as a resin sculpture it is more than enough. 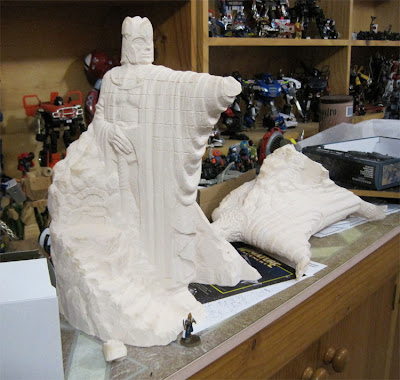 You may also notice Anárion is lying down and Isildur is missing his hand. Well.... 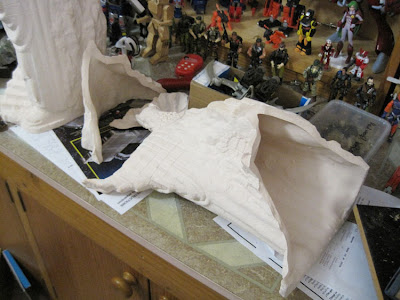 First off I must say this is in no way Monolith Icon's fault. The inside of each piece was packed out, each was individually bubble wrapped, put in foam with more bubble wrap and covered in fragile stickers.

They were packed head to toe so where Anárion is broken on his base is where Isildur lost his hand. I'd guess some dim-witted postal worker dropped something onto the box, breaking them. The breaks are all clean so a bit of epoxy and milliput will have them looking right as rain.


As for dealing with Monolith, they were incredibly helpful with dealing with PayPal's derpiness. My initial attempts to pay via PayPal were met with a gibberish error message, and when I finally got through to a human being they told me money couldn't be sent to Poland from Australia, but not why (WTF?). I emailed the Monolith team and they said they regularly got payments from Aus, and sent me anther request. Which worked. 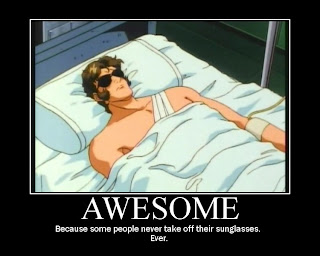 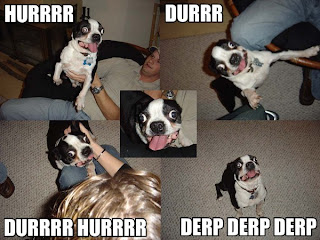 But anyway, Monolith were a pleasure to deal with and kept me updated on the status of my order, and it arrived very quickly.

For a painted version you can check out CoolMini.


My only issue is with "historical" accuracy. You see the Argonath is a monument on the river Anduin to Isildur and Anárion, who were joint founders of Gondor with their father Elendil. Anárion founded Minas Anor (later Minas Tirith) and Isildur founded Minas Ithil (later Minas Morgul).
The statues were set at the north of Nen Hithoel, the northmost border of the kingdom of Gondor in a much later time (by Rómendacil II, roughly 1200 years after the death of Isildur and 1800 years before the fellowship passes by). The outstretched hands are a warning not to proceed further.

What is innacurate is that the statues are both described to carry axes, and shouldn't have beards due to their Númenorian blood (being part elvish [who don't have beards {except Círdan}] due to the blood of Idril and Tuor). Also one is significantly older than the other, and neither brother lived to be that old (Anárion slain at the siege of Barad Dúr, Isildur at Gladden Fields).

What is likely is that the film crew decided to make the other statue represent Elendil as he is shown in the prologue rather than complicating things by adding in Anárion. And of course it's more visually interesting to have two distinct visages.

Not that that really matters.
Posted by Gotthammer at Thursday, September 24, 2009