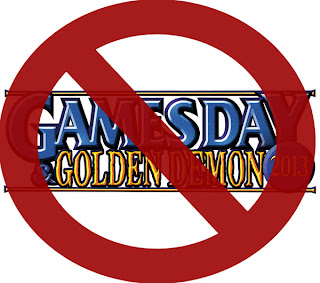 Word on the street is that Games Day Australia has been canned due to lack of staffing. Stores being shut down or downsized to one-man operations has resulted in a lack of available bodies to both keep stores open and run the event. This comes from a games club that has previously run display tables being told they needn't worry this year.
Also rumour is that the venue was asking for a fair price hike that GW weren't prepared to pay up.

Will be a great shame if true, and another blow to GW's relationship with Australian customers, as the last were great events and the only chance most fans would ever get to speak with the designers and authors.
Posted by Gotthammer at Monday, April 15, 2013